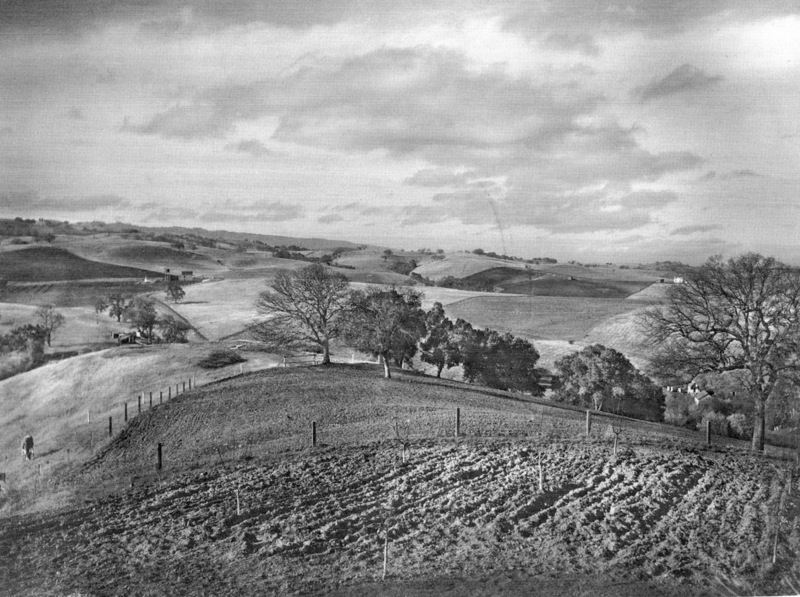 A view of Los Altos Hills in 1915, well before any major land development. 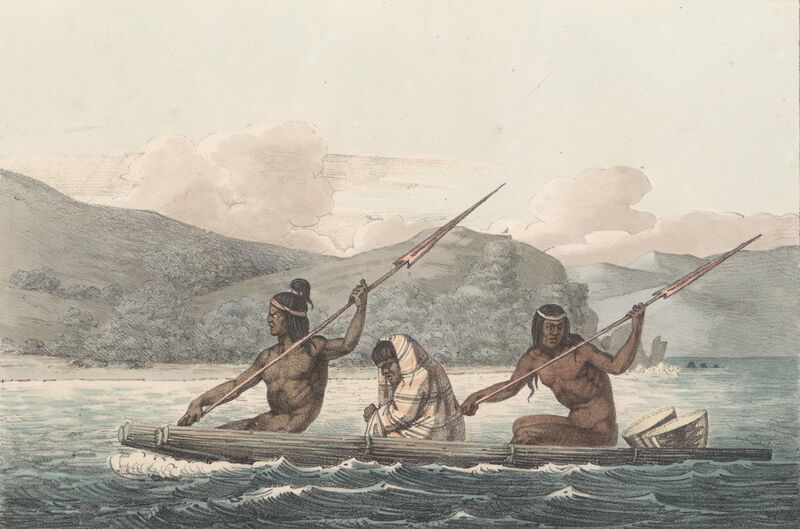 Ohlone natives fish and hunt along the San Francisco Bay in the 1880s. Artist unknown.

The known story of the land beneath Foothill college goes back several centuries and begins with the Native American Ohlone people. Prior to the 1600s, the Ohlone lived in about fifty independently organized villages along the coast of California, stretching from the San Francisco Bay to lower Salinas.

In 1834, a land grant was issued, signed by the Governor in 1840, to an Ohlone and his family. He was a native Ohlone but was born during the mission period and was likely baptized as José Gorgonio, as was his son, José Ramon. The granted land comprised 4,440 acres around the present-day Palo Alto and Los Altos Hills. 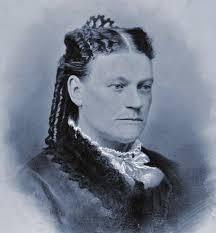 A portrait of Juana Briones, who once owned the Rancho La Purísima Concepción. This image, supplied by her family, is believed by some to be the only likeness of her. 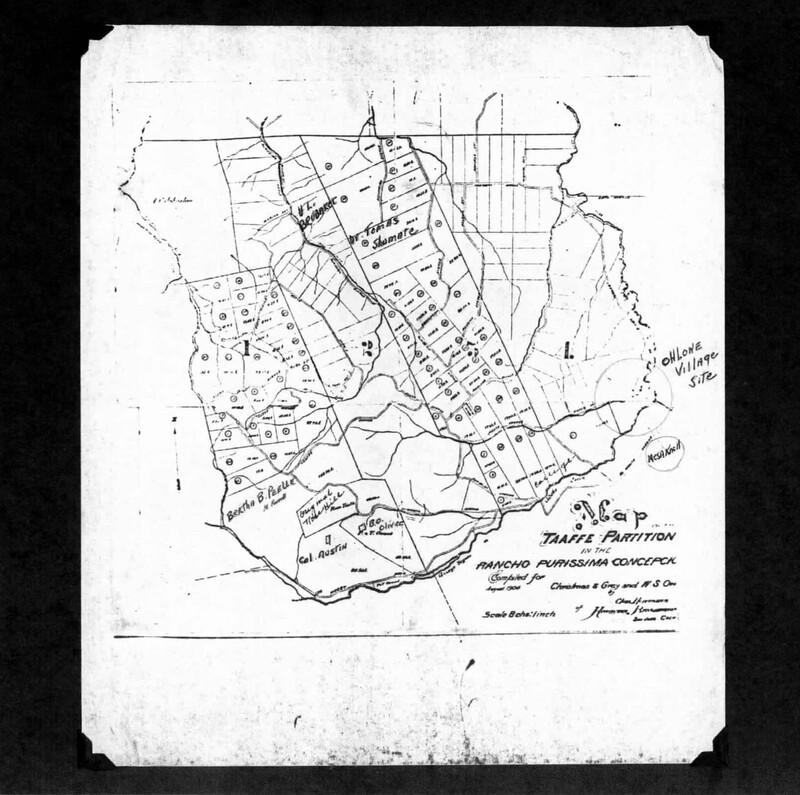 This map, drawn in 1904, shows the boundries of the Taaffe property. An unknown person has circled the area where the Ohlone established their village along the Adobe Creek.

The largest part of Rancho La Purísima Concepción, 3,000 acres, was subsequently sold to Martin Murphy, Jr., in 1857, who gave 2,800 acres to his daughter Elizabeth Yuba Murphy upon her marriage to William Taaffe. Less than five years after their marriage, Elizabeth and William Taaffe had both died from different illnesses, leaving Mary and Martin Murphy to raise the Taaffe’s four children – William, Martin, Mary and Mathilda. Eventually, ownership of the Taaffe Ranch was split between the four children. By 1897, William Taaffe was divorced and had lost most of his money, and his portion of the ranch was lost in a foreclosure suit. Martin Taaffe died in 1901 and his brother William died in 1905. After the death of both brothers, Mary and Mathilda took over management of the ranch for a short time. They were soon deemed incompetent for mismanaging the family’s finances and were later institutionalized at separate locations. An appointed guardian then subdivided and liquidated their massive land holdings.

Daniel T. Ames purchased a portion of this acreage and in the late 1890’s advertised the sale of Lake Grove, a 98-acre fruit ranch. 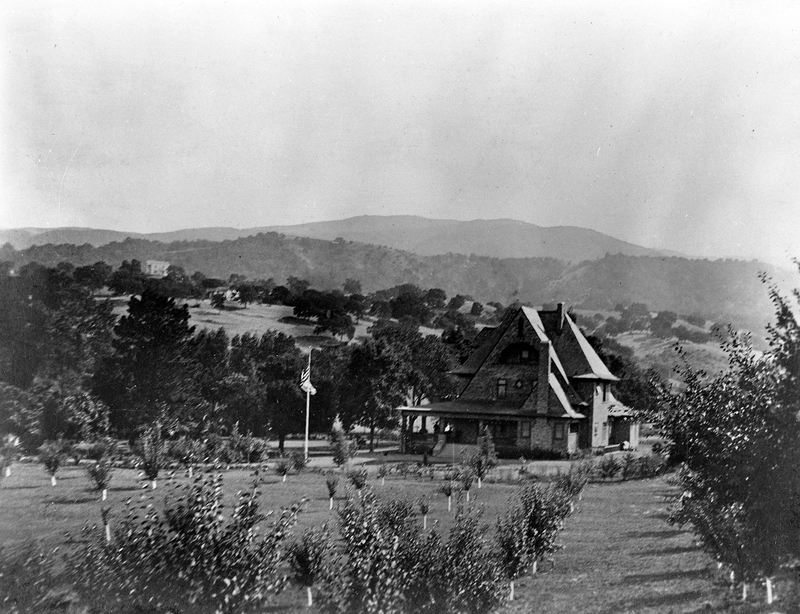 A view of the Griffin House from the early 1900s. In 1961, the Foothill campus would occupy the hill directly behind the house.

Some of the Griffin dried fruits were packed and shipped under the Owl Fruit brand. Foothill College would later adopt the owl as their college mascot.

In 1899 Willard M. Griffin, a shipbuilder from Maine, purchased the Lake Grove portion of the Taaffe land. In 1901, Griffin decided to build a home for his family on the land. That home still stands on the lower section of the campus, near the football field. A few years later, in 1906, Griffin built a carriage house, as well as a second home, a barn and a small dwelling for workers.  Griffin, after moving to California, became a fruit grower and packer, using the name Griffin-Skelley and sometimes having their fruit packed by the California Fruit Exchange under the Owl Brand. (Foothill College later adopted the owl as their mascot, ironically without any knowledge of the Owl fruit brand.) 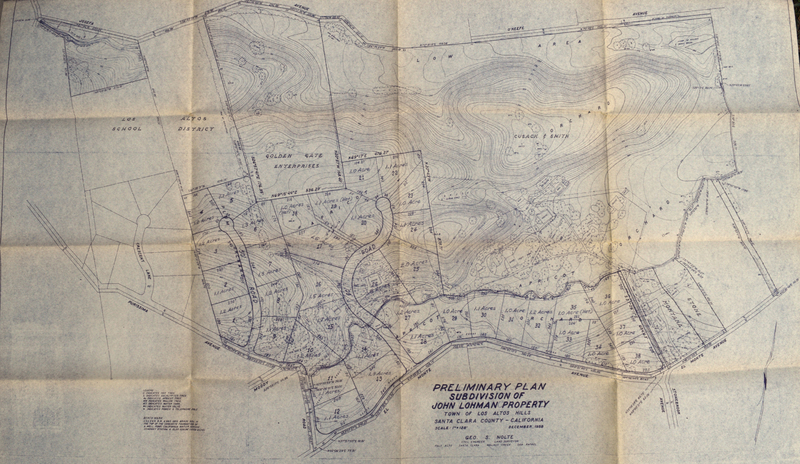 A map from 1958, showing the areas owned by the Lohman and Cusack families, along with the owners of several smaller portions of the land.

In 1904 Henry and Lillie Dana built another home on what was to become the Foothill land. They sold the home, and sixty acres of land, to Grace Holt (later Grace Lohman) in 1908. 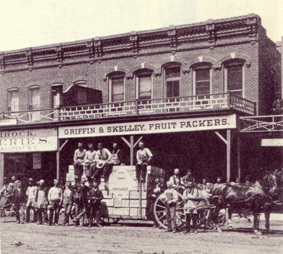 In 1913, the elder Willard Griffin passed away and the estate went to his widow and two sons. During this time, the hillsides were often dotted with trays of drying fruit. In 1916, the two sons, Charles and Andrew Griffin, consolidated the Griffin-Skelley brand with four other small companies, to form the California Packing Corporation, which later became the Del Monte Corporation.

In 1948, twenty-five acres of the Griffin estate were sold to Sidney W. Treat. His residence was located at 12870 Robleda Avenue, which is now separated from the Foothill campus by the Junipero Serra Freeway.  In 1956, the Town of Los Altos Hills officially incorporated and Sidney W. Treat became the first mayor. That same year the rest of the estate was sold to William Cusack, who sold the land in 1958 to what was then called the Foothill Junior College District. Foothill College opened to the public at this location in Fall of 1961.

In 1971, ten years after the opening of the campus in Los Altos Hills, a group of Foothill faculty, students and local historians took part in a series of “digs,” looking for artifacts of the Ohlone natives. Three complete skeletons, one still wearing ceremonial beads, were discovered near Adobe Creek, which runs directly through the campus. Artifacts were also discovered near O’Keefe Avenue. The current location of these complete skeletons and artifacts is unknown.

The Griffin Carriage House, which once served as the Los Altos Fire Station, now houses the FHDA District Archives. Both the Griffin House and the Carriage House are listed on National Register of Historic Places.

The Dana/Lohman home served as the Foothill Faculty House until 2005, when it was demolished to make way for the new lower campus complex. Foothill’s Lohman Theater now occupies space on the hillside where the Dana/Lohman home once stood. 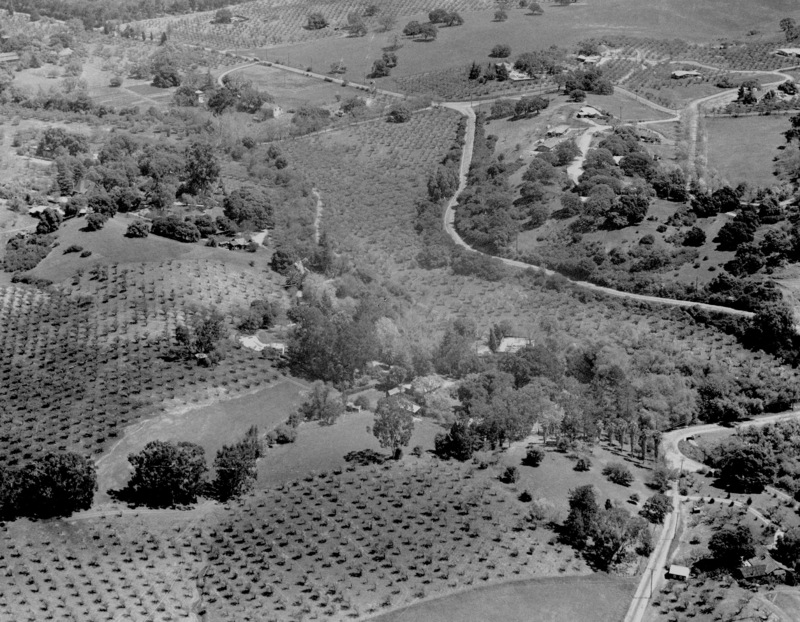 An aerial view of the section of Los Altos Hills that would later be home to Foothill College. This photo was taken in 1958, shortly before clearing and construction of the college was begun. Click on the image to enlarge it - the Griffin House can be seen along the left side of the image, about one third from the top.