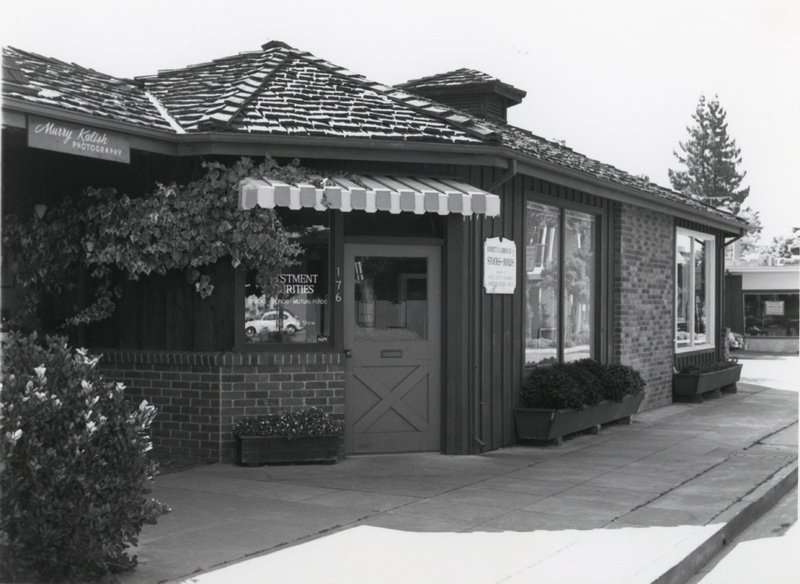 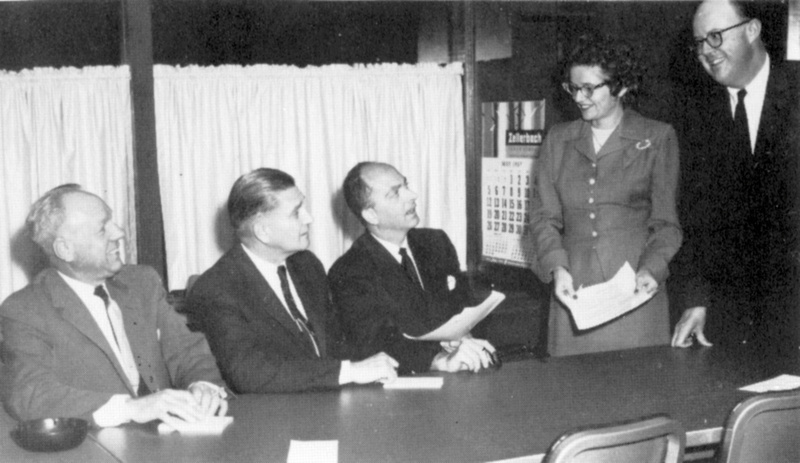 When the FHDA District was formed, it operated temporarily from a small storefront located at 176 Second Street in downtown Los Altos. The storefront is still there today and is now a small dining room for a local Mexican restaurant.

When Foothill College moved from the temporary location in Mountain View to their new and permanent campus in Los Altos HIlls in the Fall of 1961, the District Offices moved into the Foothill Administration Building.

This District Office building, completed in 1971, featured exterior wood shingles to coordinate with the exterior of the historic Griffin House.

The 1971 District Office originally featured an open courtyard between two wings. Looking through the rear entrance, the Griffin House could be seen.

With the rapid growth of Foothill College and the opening of De Anza College in 1967, it became clear that the District Office needed their own, permanent home, with offices for Executive Staff and a Board Room large enough for the Board of Trustees and the local community to meet and confer on important issues. The first dedicated District Office was built on the lower section of the Foothill Campus, between the historic Griffin House and the Football Field. It was completed in 1971.

With both colleges growing rapidly, the need for added District staff grew as well. Over the years, the orginal open courtyard of the District Office was enclosed to allow for additional staff space.

Eventually, the need for staff and space outgrew the modified and enclosed version of the 1971 District Office, and an entirely new building was planned and constructed. The new District Office building is located  behind the Los Altos Hills Fire Station, just off the Campus Loop Road. The new District Office building, completed in late 2019, contains an even larger Board Room, allowing for community members, staff, faculty and students to attend Board Meetings. The new Board Room also contains technology that can allow attendees to join Board meetings from remote locations. 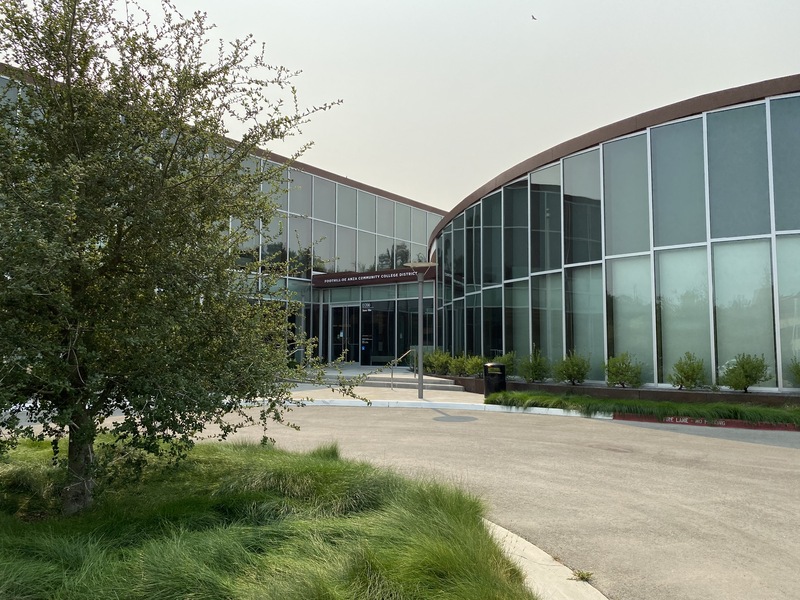 The new District Office building was completed in 2019. The curved portion on the right of this image is the new, larger Board Room.